The Many Faces of the Dojo, Pt. 1 (or 'Martial Artist Stereotypes') 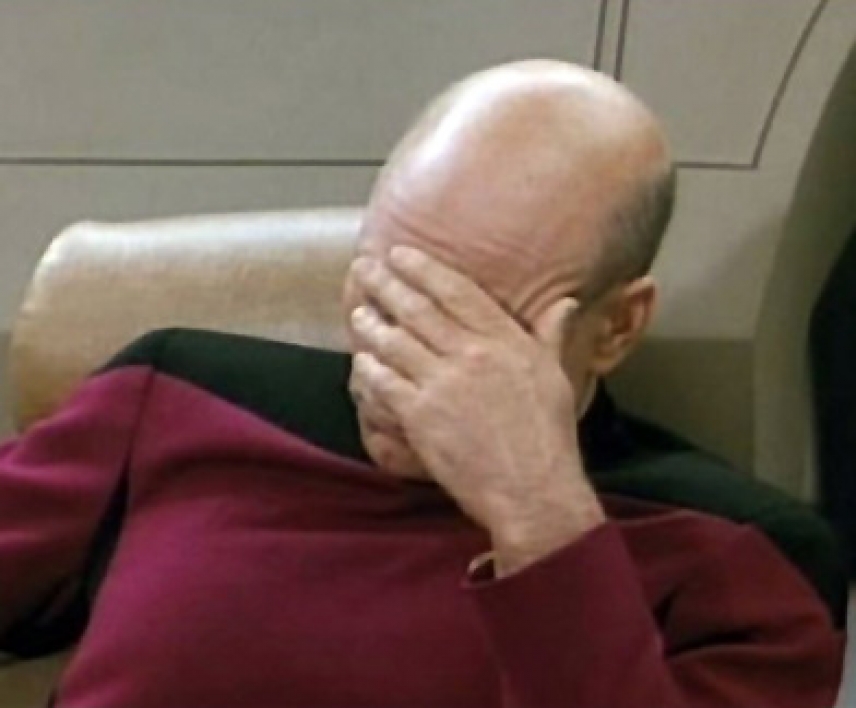 The dojo is a great place to meet different people. It attracts people from all walks of life, and training in a very real sense is a great equaliser. Religious belief (or lack thereof), ethnicity, income, gender, age and education – those things should not effect on what you accomplish at the dojo. On the mats we are all equal and the only distinction is made based on hard work and dedication, which ultimately results in a better skill set which we then share with everyone.

But as we go through our journey, we inevitably meet some curious folk on the way. And dealing with them can be a real test of our character… So who are these strange people?

Now before I begin, I want to be very clear about a couple of things. Firstly, I am very, very fortunate to have an amazing community of martial artists that I train with and greatly respect and appreciate.
Secondly, and more importantly, this is not a reflection on any one person in particular, rather than things I have seen and, as much as I hate to admit, at certain times, also things of which I was a culprit.

While you read this please have a good laugh, but at the same time try and see if maybe some of these are things that are relevant to you and your own training in order to be a better student, training partner, and teacher.

1. The Karate Mum – This is the martial arts version of the infamous ‘soccer mum’. The Karate Mum never actually trained in Karate. But she did 2 weeks of Tae Kwon Do at the YMCA when she was 15, so she knows exactly what you are doing wrong. And since she wants her little Johnny to do really well, she will tell you what that is every time they come to class, usually while the class is going on. “No little Johnny, not like that – like this!” Karate Mum exclaims as she frantically flails her arms at the back end of the room, causing half the kids in the class to look around in confusion, after which she will quickly point towards the Sensei and in her loudest possible whisper will say something like “they should be doing it the other way!” so all the other mums can hear. Go get a coffee, Karate Mum. We’ve got little Johnny covered.
2. The Chatterbox – This person is so, so friendly. They love their training partner and want to hear about everything they did since the last session, and just want to chat. And chat… and chat… and then chat some more. “OMG did you see the last episode of game of Thrones?!” they'll ask while skipping, and the person next to them is trying to reply but can’t breathe. “And then she told Matt that she’s breaking up with him!” they'll exclaim while holding pads, and their training partner keeps forgetting the combination they are supposed to work on. “I told my boss it’ll be on Thursday. THURSDAY. So he comes to me on Tuesday and starts asking question. How annoying is that?!” they'll complain while they are lightly tapping the pads instead of hitting them, and their training partners agree - it certainly is annoying. No, not the thing about your boss.  We love you, sweet chatterbox, but can we talk later? I can’t hear what the instructor is saying, I’m out of breath and I’m trying really hard not to get caught in another arm bar.
3. The Realist – The Realist has seen more YouTube footage of real fights than all of the Krav Maga instructors in the southern hemisphere combined. The Realist is here to learn self defence, and is not interested in your fancy martial arts bullshit. That stuff's for showing off and it ain't real fighting because it doesn't include kicks to the balls, curb stomps or throat punches. The Realist knows what works on ‘the street’, and what you’re doing in class sure as hell ain’t it. He’ll let the class and the instructor know this, either directly or through questions that show clearly that he’s the true expert on self defence. Because he’s seen a lot of it on a TV screen from the safety of his living room. Reality check, Realist – walk the walk before you talk the talk.
4. The White Belt Professor – My personal (least) favourite. The White Belt Professor started training one whole month before you did. That’s right, one whole month. That being the case, he has a deep understanding of the art and is an authority on how things should be done. When you train with the esteemed professor, he will stop you after each repetition, explain what you did wrong - at great length - and then demo how to do it ‘correctly’. This means in that in a 3-minute round you’ll get to do about 15 seconds of actual drills; the rest of the time will be a lecture on what the professor considers to be proper technique. Unfortunately, heeding the professor’s advice usually results in your own technique getting progressively worse, which only encourages him to lecture more. Hey professor, maybe you should at least wait until you get a stripe on your white belt before you open your own school?
5. The Pro – The Pro is not here for you. The Pro loves UFC/IFBJJ/WBC, has seen every event and has but one goal on his mind and that’s to be the next world champion. And nobody - beginners, people half his weight, the elderly – is going to stand in his way, because unless you have a record of at least 6-0, you're nothing but a punching bag and an easy warm up. He will do every round in every training session like it’s a world title fight, including facial expressions, humming his entrance music and trying to knock you out or break your arm. The Pro counts how many rounds he won and how many he lost. He knows how many times he tapped out and many times he tapped others out. And be careful! If you defeated The Pro he’ll come back for his grudge match in the next training session… Or he’ll do whatever he can to avoid sparring with you ever again. Competition is great, but take a chill pill, Pro. Some of us just want to have fun!

And so we come to the end of the first part of the list. Once again I’d like to ensure my gentle readers that this was not written about anyone in particular, but rather a collection of things I have seen and experienced.

But there really is a message here. As we get to know the stories of the people around us, the stereotypes matter less and who they truly are shines through. The Karate Mum really cares about little Johnny; The Chatterbox had a really bad day and needed to vent; The Realist was attacked walking home from work; The White Belt Professor never finished high-school; The Pro comes from a broken family and had to fight for everything he has. This doesn't mean their behaviour is always justified, but at least it can be understood. And once it is understood, by themselves and by others, it can also start to change. I think that as we go through our training journey, most of us will wear the mask of one or more of these characters at some point or another. I know I certainly have, and sometimes still do.

This is the beauty of the journey; we don’t only sharpen our skills, but our character as well, and part of that is developing awareness of our own behaviour and its effect on the people around us.