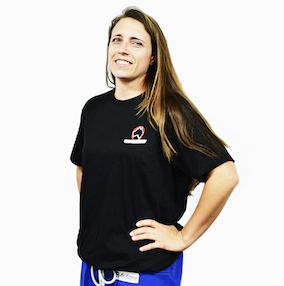 Originally from Germany, Pia started wrestling in 1995 and has been competing at a high level and internationally since 2001.

Pia placed 8th in the World Championships in 2005, and 3rd in the European Championships in the same year, and is four-time German National Champion. Since Pia’s move to Australia she has dominated the wrestling circuit in state and national levels, and was the Australian National Champion three times. Pia also holds a blue belt in Brazilian Jiu Jitsu, a Brown Belt in Krav Maga, has had several MMA fights, and worked as a bouncer in Germany.

Pia’s outstanding technical ability, drive and mental fortitude make her a formidable wrestler with an incredible competitive record, and her vast experience as well as willingness to share her knowledge makes her an excellent coach.