Join us for Kickboxing and Krav Maga classes every weekday morning at 6AM and 9:30AM.

Make your Mornings Awesome at CAIA! 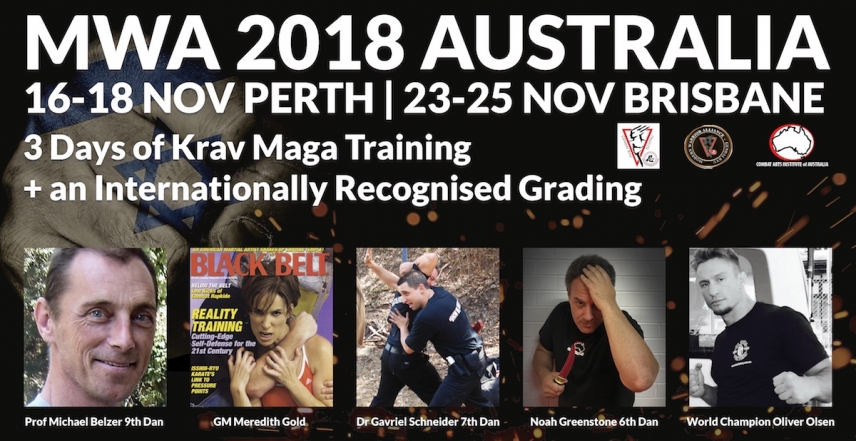 After previous events in Israel and Africa, MWA is happening in Perth and Brisbane this November. Join us for 3 days of intensive training in Krav Maga and related arts with the top martial artists in the world and take part in our internationally accredited grading. Trainers details and brief schedule is below.

More info will be added as details become available.

Michael Belzer is one of the 2018 Modern Warrior Alliance Instructors that will be attending in November in both Brisbane and Perth.

Michael Belzer is a lifelong martial artist who began his training at the age of nine. Focusing predominantly on Danzan Ryu jujutsu (currently 9th degree black belt), kali/escrima and Shindo Muso Ryu Jojutsu, he’s trained in Japan, Malaysia and the Philippines and had the good fortune to study with the “best of the best”, including Sensei Donn F. Draeger, Prof. Wally Jay and Guro Dan Inosanto.

When Mike was introduced to the ASST method in 1989, he the felt that the realistic scenarios and full force striking provided the “missing link” in traditional martial arts training. He’s been wearing the armored assailant gear ever since, having worked with Impact Personal Safety, RMCAT and Project Blind Ambition. Mike has also served as a consultant to the Los Angeles Police Department’s Arrest and Control Unit as part of their Civilian Martial Arts Advisory Panel (CMAAP).

Meredith Gold has been teaching Adrenal Stress Scenario Training (ASST) programs since 1992, having worked with the Impact Personal Safety organization in Los Angeles, as well as Peyton Quinn’s Rocky Mountain Combat Applications Training (RMCAT) in Colorado. Since 2000 Meredith and her husband Michael Belzer have been teaching their R-A-W Power program.

Meredith’s primary focus has always been teaching self defense and empowerment skills to previously untrained women, teens and kids, but she has also been instrumental in bringing awareness of this training method to the martial arts community. A contributing editor for Black Belt Magazine for 5 years, Meredith was inducted into their Hall of Fame in 2003, naming her their “Woman of the Year”.

Meredith also became a certified holistic health and nutrition coach in 2008, receiving her training at The Institute for Integrative Nutrition in NYC. The more she learned about eating for health and longevity, the more Meredith recognized the similarities between nutrition and self defense skills. She was determined to find a way to combine these two areas she was so passionate about into one idea that would approach nutrition from a proactive and, at times, even defensive point of view. In 2012 Meredith expanded her services to include her self defense-based nutrition program called “The Kung Food Way” - www.thekungfoodway.com

Master Gavriel Schneider began his martial arts training in the early 1980s beginning with Shotokan and then Goju Ryu Karate. In the late 1980s he was introduced to Sensei Vernon Rosenberg and began training under him in Koga Ryu Ninjitsu. When the migration to the Gendai Ryu style happened in the early 1990s Gavriel received his first black belt in the system in 1992 and began teaching the system. Whilst teaching under the Gendai system, Gavriel began training in Taekwondo under Master James Lee (8th Dan). Under Master Lee, Gavriel became a member of the South African Taekwondo team, fighting in numerous regional events as well as representing South Africa in the Taekwondo World Cup in 1997. During 1993-94 Gavriel also cross trained with a wide variety of other martial arts practitioners including Grandmaster Mickey Davidow.

In 1996, Gavriel then travelled to Israel and received the great privilege of becoming a live-in student of Hisardut Grandmaster Soke Dennis Hanover. Gavriel trained and taught in the main school in Herzliya full time (between 6-12 hours a day) during most of 1996 and was graded 1st Dan in DSJJ / Hisardut in the middle of 1996 and 2nd Dan at the end of the same year. During this time Gavriel also spent time at the main Israeli army physical fitness and self-defence training base at Wingate and was exposed to Military Krav Maga and also underwent intensive firearm training with pistol and submachine gun and received certification as an international practical shooter from the Israel Shooting Association. He has trained numerous military, policing, specialise security, royalty and mayoral protection teams over the years in both security skills and Defensive Tactics. Gavriel began deploying operationally as a Bodyguard/Close Protection Officer in 1997 and to date has protected Presidents, other senior level government officials and numerous celebrities and senior corporate executives. He continued to train under Dr Dennis Hanover during Dr Hanover’s numerous trips back to South Africa and made almost annual trips back to Israel.

Gavriel was awarded a 6th Dan from Dr Hanover in 2005 as well as being awarded a 6th Dan in Ninjitsu from GM Ashida Kim. He has also been a black belt full contact champion in the DSJJ championships and silver medal winner in the masters (above 5th Dan) open division. Gavriel was inducted into the South African Martial arts hall of fame in 2004 and received the ultimate honour of being included and inducted into the Israeli museum of martial arts history in 2010.

Noah spent the 1990s in Japan, training under the 11th and 12th headmasters of an ancient Japanese Samurai system where he extensively trained Jujutsu, Kenjutsu, Iaijutsu, Bojutsu and Naginata. During this time he also trained in Judo. He has participated seven times in the Zen Nippon Kobudo Renmei Embu Taikai sponsored by the Japanese government at the Dai Nippon Budokan and other key Japanese martial arts venues.

Oliver 'The Outlaw' Olsen has been training in Muay Thai for most of his life, and comes from a family of fighters - with his cousins all having fought for national Muay Thai championship titles. Oli trained extensively in Thailand, and is well known for his long and successful career as a Muay Thai fighter, which includes 6 state titles, 2 Australian titles and a World Championship title. He also has extensive experience as a top level coach and personal trainer, and has coached many state and Australian National champions. 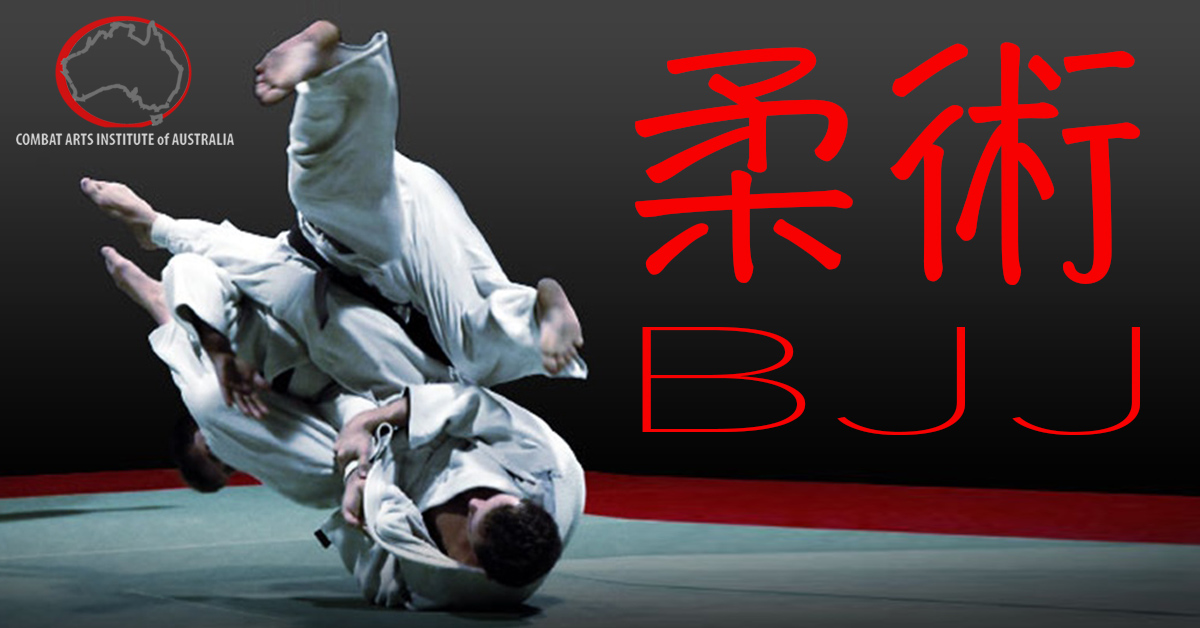 We're looking for people who want to learn BJJ in Leederville.

Do you want to: 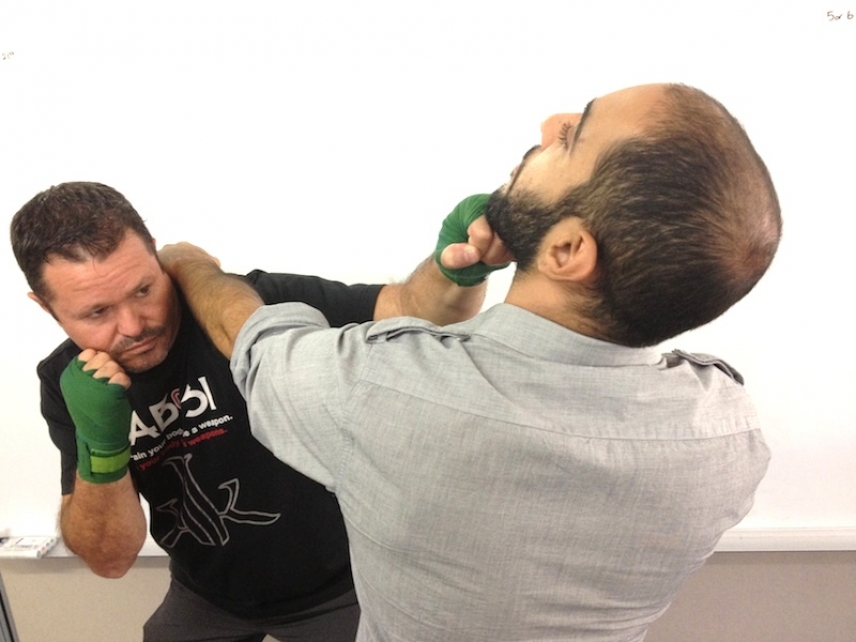 Loosely titled "Leather Skin" - make sure to bring your gloves, mouthguard and a "receiving attitude"!

We have also started a new $20 unlimited one week intro!