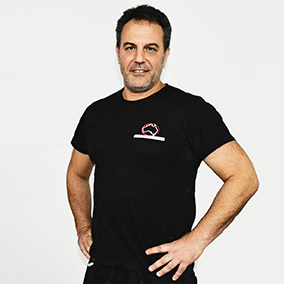 Noah spent the 1990s in Japan, training under the 11th and 12th headmasters of an ancient Japanese Samurai system where he extensively trained Jujutsu, Kenjutsu, Iaijutsu, Bojutsu and Naginata. During this time he also trained in Judo. He has participated seven times in the Zen Nippon Kobudo Renmei Embu Taikai sponsored by the Japanese government at the Dai Nippon Budokan and other key Japanese martial arts venues.