Annoying or Dangerous? A Handy Guide to Self Defence Decisions

The Eisenhower's Matrix is a great tool for time management, used by successful businesspeople around the world.

The beauty of the matrix is that it can be expanded to many other applications.
I'd like to share one of my favortie ones. It's a great tool for helping you understand what kind of threat you might be dealing with, and how the situation might develop. 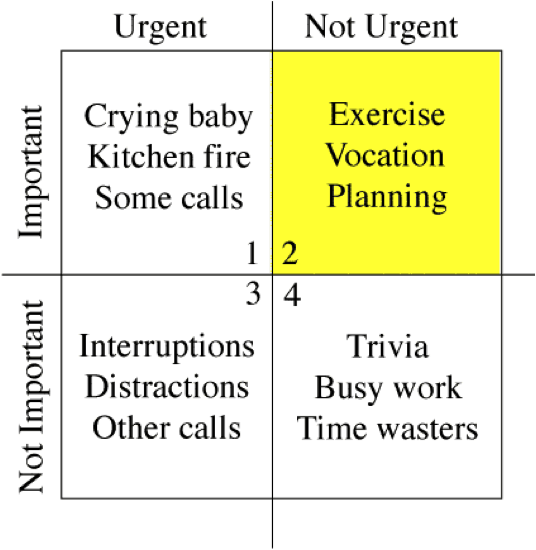 If you replace 'important' with 'dangerous', and 'urgent' with 'annoying', you get the following matrix: 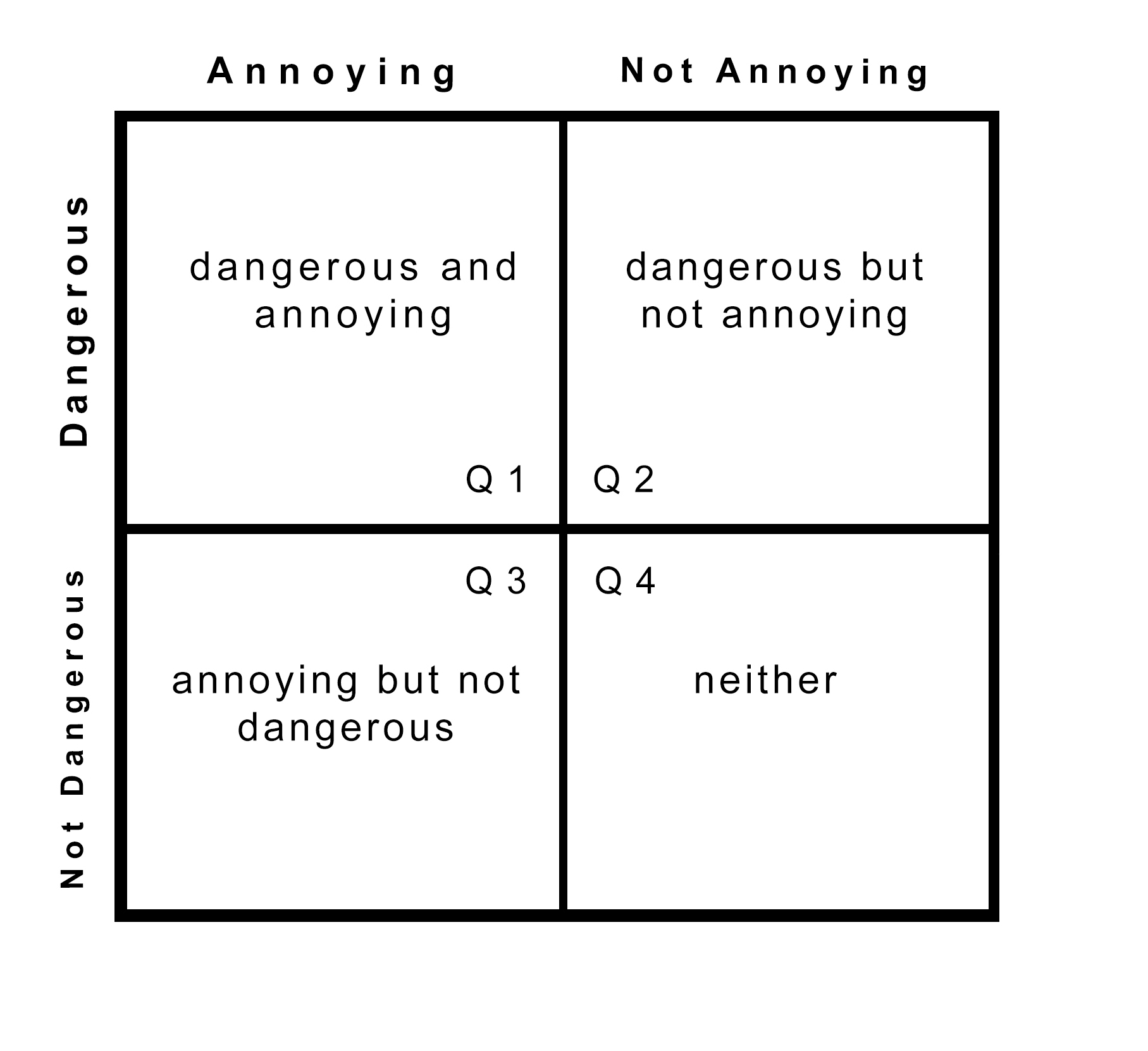 Let’s start by clearing up what each term means:

Think of this as a mashup of the Eisenhower Matrix and Geoff Thompson's Colour Codes.

The shit has hit the fan! Here are common situations that come to mind:

Q2 – Dangerous, But Not Annoying

Here we enter the realm of the predator. These people take their time to get in and interview or scope out a target, but once they get to a position of advantage they will strike quickly and decisively. Here are a couple of examples:

Q3 – Annoying, But Not Dangerous:

This quadrant is the point where you can decide how to act. This is a position where we have time. Someone is annoying us, but the situation is not dangerous… yet. It doesn’t mean that it can’t go south in a hurry. This is the ‘nip it in the bud’ quadrant.
Most social, male violence starts here. Someone is being annoying. Maybe, like Q1, it’s a spilled drink or a male ego thing. But the situation is still developing, and you have options.
In much the same way, if we look at the Glenn Close example from Q1, maybe this is a situation where the person is starting to show excessive and unwarranted interest, but you take measures to stop this and make yourself (and your bunnies) safer.

With either one, the keys here are time and choice. You have time (even if only a few seconds) to choose how to respond. you also need to make sure you don't hesitate too much. If the quadrant shifts to Q1, you need to act.

This is often where people make the mistake of letting their annoyance distract them. Something trivial may seem like a big deal… but that’s probably your ego. This results in making poor assessment as to whether a situation is dangerous or not. It leads people to over or under react to what’s annoying them.

So many stupid issues start here. Maybe you saw a Facebook post or a youtube video really pissed you off. Maybe someone took your parking spot. Or your neighbour was playing Rhianna late at night when you have an early morning at work. Either way, you had enough of their shit comments, or shit driving, or shit music and you just couldn't help reacting. Sadly, this is your own issue (ok maybe not the Rhianna one but definitley the other stuff). This is a good place to assess your own insecurities and confidence, so that you learn how to respond (not react) better to every day life issues.

So here’s the key to Q3 - if you have options other than to fight, use them! De-escalation, avoidance, etc., fall into this realm. Yes, you’ll be annoyed, but at least you’ll be safe.

Q4 – Neither Annoying Nor Dangerous:

Nothing is happening here. It’s all good. This is where we want to live our every day life. If something happens, it’s a long way away, you are aware and are in a good position to respond correctly. Your ego is not as fragile as your grandmother’s china tea set, so when that annoying facebook post comes up or some guy is making eyes at you from across the bar (not in the good way), you can just chill. There is no real danger so you can go home and feel good about yourself.

So let’s recap:
Q1 – Situation escalated from annoying to dangerous. You are probably going to have to fight. Use of force laws play a big role here, so make sure you know what’s what.
Q2 – Attack appears to come out of nowhere, and ‘appears’ is the operative word here. Either due to careful planning on their part or lack of awareness on yours (or both), you didn’t see it coming. While it may feel like an ambush, there was probably an interview first. You are fighting from a position of serious disadvantage.
Q3 – You see the situation developing, and have two important things – time, and choice. Make sure that you don’t go from here to Q1, cause it can happen quickly. Be aware of when the quadrants start to shift.
Q4 – This is your every day. You are aware, safe and capable.

These are nothing new; but I like this way of presenting information. It allows me to plan and visualise ahead of time (more on the critical importance of this here).

Remember that violence is complicated. Humans are complicated. This is a generalisation and there are always things that don’t fit neatly into boxes.

But this is a good place to start! It’s a nice little tool that can be a guide for making complex decisions in a short time and help you understand, on general terms at least, what risk or threat you might be dealing with.