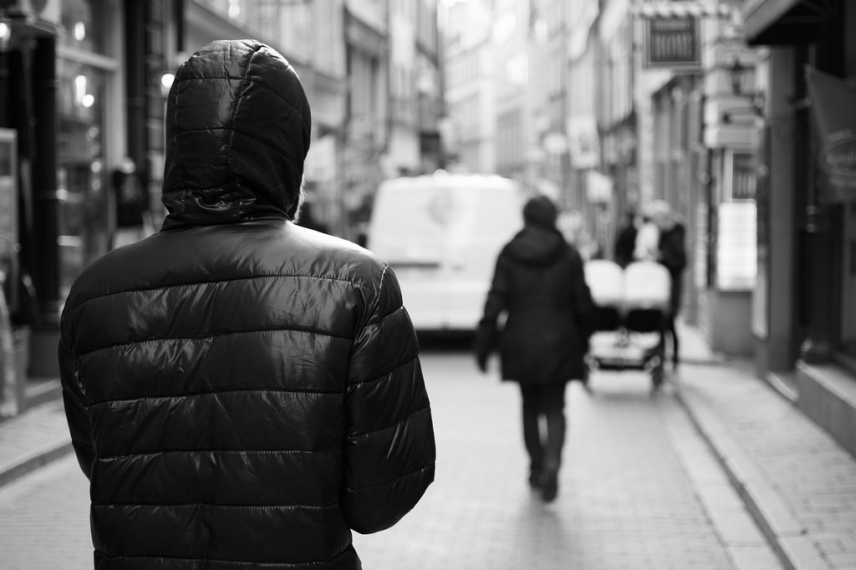 A couple of weeks ago a young comedian by the name of Eurydice Dixon was raped and murdered walking home from a gig. The man who raped and murdered her followed her for nearly 7 kms from the gig until he found an opportunity to strike in a soccer field only several hundred meters from her home.
Police later issued a statement saying people should be aware of their surroundings.

Let’s talk about this a little bit. If you are on the overly sensitive side, you may not like what I have to say, so I advise you to close this web page and go look at pictures of fluffy bunnies or read some fairy tales about a perfect world. If, on the other hand, you are an open-minded adult and posses some common sense, read on.

Before I launch into my little spill, let me make a few things perfectly clear:

Now that that’s out of the way, let’s talk a little bit about reality, common sense, responsibility and personal safety.

In order to understand why we can’t eliminate rape, murder and other such behaviours completely, we need to understand some of the realities of human nature and the world we live in.

We need to understand that there are different types of violence. Let’s have a look:

Let’s put this into context. The monster who raped and murdered Eurydice Dixon belongs, in all likelihood, to the latter. He did not know her, which likely indicates he was on the prowl and he targeted Eurydice because he felt she would make for easy prey. If it wasn’t her, there’s a very real chance it would have been someone else.

Now that we understand these two types of violence, hopefully we can agree that eliminating violence completely (whether against women or not) is impossible.

If, at this point, you feel the need to argue otherwise then I encourage you to think with your head, not heart, about what is, not what you’d like there to be. It’s called 'Reality' and it’s where we all live.

Welcome to the real world, kids.

Now let’s look at a few other relevant points of information.

How many of you lock your door when you leave your house, have an alarm in your home or car, and/or have home and contents insurance? My guess would be 99% of the people reading this.

This means you are actively taking steps to protect your property.

How many of you wear seatbelts or have health insurance? Again, I would wager 99% of the people reading this.

This means you are actively taking steps to protect your health.

What it does imply is that if you were taking steps to minimise the risk of a car accident, you may have a better chance to identify a potential accident in advance and avoid it, or even reduce the severity of the injuries you might sustain in such an accident.

If you learn how to spot potential predators, understand situational awareness and have some basic knowledge of self-defence, you are less likely to be targeted by those who wish to do harm to others. This is a statistical fact, backed by tons of research and evidence (ask me for references, happy to send).

It’s also important to note that the steps I mentioned above are not unreasonable or irrational. I’m not saying that as a woman you should live in a bunker and only step out with an armed male escort. All I’m suggesting is that with very little effort or expenditure you can take steps to maximise personal safety.

Maybe one day the world will be a place where we don’t have to. But it isn’t, and even if it will get there, it’s a long, long way off. Until then, deal with reality. And the reality is that the world is getting more dangerous, not less.

A day after the horrible incident, someone on social media posted something to the effect of ‘as a woman, I understand how Eurydice must have felt. I’ve had guys wolf whistle at me while walking home and it was terrifying. Men must change, it’s unfair, etc.’

The next post by the same person, 15 minute later, was a picture of what she ate for breakfast with some statement about how life goes on and we must enjoy what we have. The general vibe was ‘I’ve done my bit to contribute to the safety of women’. Now that you posted about it, rapists have been defeated and you can forget about this and not change a thing. Until the next horrible crime happens, at which point you can act suitably shocked again, post on social media again, and so on.

The audacity of that person to claim she understands how Eurydice must have felt overwhelms me with anger. How dare you?!

I’d bet my bottom dollar that there would have been more than one car accident over the past week (maybe even resulting in death?) where someone crashed a car while engaged in a social media discussion of this topic. If that’s the case, then maybe you need to look at your own behaviour before you start throwing barbs at others. Back to the point...

It’s great that you are willing to take time out of your day to raise awareness of an important issue and to express solidarity (no, I'm not being sarcastic). But let’s face it, sharing stuff on Facebook does sweet F$#& all to change anything. It does nothing to solve the problem.

Are you really shocked? Really want to make a difference? Then get off Facebook (read ‘ass’) and try some of the following:

I have recently become a father to a beautiful girl. I’d like this world to be safe for her and the thought of what Eurydice’s parents are going through breaks my heart. I want my daughter to grow up in a world where she can be safe walking home at 3am. I want her to be able to go out partying with friends and not worry about getting home safely or groped in a club or being called a slut for wearing whatever she likes. And I will continue to fight for that to be possible (and yes, I am active in doing so).

But at the same time, I want her to learn responsibility for her safety. I want her to know that bad things can happen to good people and that making poor choices can have bad consequences, even though she doesn’t deserve it. Lastly, I want her to have the tools, know-how and courage to know that if some guy tries to harm her, she needs to kick his ass, and no mistake.

In the next post, I will discuss some basic environmental awareness and safety tips that we can all use, and have saved lives before. I’d like to end this with a question to those shouting ‘victim blaming’:

If I gave you 5 easy safety tips that have the potential to save your life, would you take 10 minutes to read them and implement those changes, or would you rather risk going through what poor Eurydice Dixon went through? Which do you think she or her parents would have prefered?