Don't Try This at Home: A Common Self Defence Mistake You've Probably Made 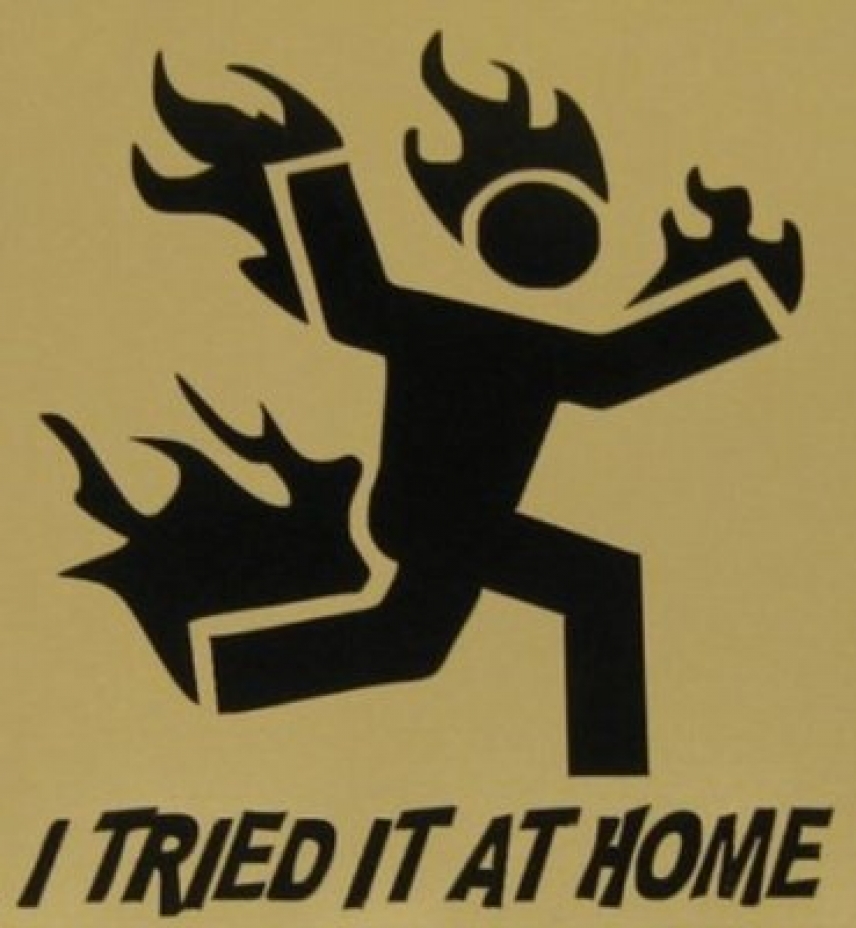 You walk into the dojo and tentatively go up to your instructor when you see he has a spare minute. In a hushed tone, almost apologetic, you ask the following question:

“I tried what we learned in class on my [boyfriend/girlfriend/husband/wife/mum/dad/friend] and it didn’t work. What was I doing wrong?”

This is a question I have seen and heard many times, and have also asked a couple of times when I first started training.
The people asking it can approach it in a variety of different ways. Some are almost apologetic, because they believe they didn’t do it right. Others are angry or upset, claiming that ‘it’ doesn’t work.

If you’ve ever tried something you learned in a martial arts or self defence class on a friend and it didn’t work, or if you’re an instructor who has heard this question, and you want to know what you did wrong, read on.

I’ll start by sharing a little story with you.

Before one of my Jujutsu gradings many years ago, I asked my housemate at the time to help me out with rehearsing some techniques. One of them was an escape from a headlock. The technique involved groin strikes to loosen the grip, and then using some jujutsu principles to escape.
I could do it when he let me do it. Once, just to see how I good I was, he grabbed as hard as he could. I couldn’t really make it work and I was flustered. He wasn’t too impressed, to say the least.

Fast forward a couple of years. I was at a party and a dude in his early twenties came up to me after hearing from someone I train in Krav Maga. He was dead drunk, but friendly. He insisted that I show him some moves. I politely said that now is not the time, but gave him my number and invited him to come to the dojo.

He then decided that the best idea to get me to show something was to follow me and a group of my friends out of the party at 3am, and jump me in the car park. I saw him walking a few meters behind with one of his mates, but as he was a friend of a friend and we had chatted, I didn’t think much of it. While I was engaged in conversation with a mate, he came up behind me and grabbed me in a headlock, as hard as he could.

A second later he was on the floor clutching his groin and writhing in pain. I performed the move perfectly.

So, two situations where someone wanted me to demonstrate an escape from a headlock. One worked perfectly, one didn’t work at all.

In the second one, I didn’t know that I was demonstrating.

Why does that matter?

Because I didn’t know it was a ‘demonstration’, I had treated it as a real situation; for all I knew, someone tried to choke me in a dark parking lot at 3am on a Saturday night when I wasn’t expecting it. I had treated this as if I was in real danger, and reacted appropriately.

And therein lies the difference.

When you walk up to your boyfriend or girlfriend and say ‘hey let me show what I learned in class. Quick, get me in a headlock!’, you know that they won’t hurt you. They won’t choke you out, or pummel your face with the free hand, or shout horrible things at you while they are doing it, or knock you out or sexually assault you.

Because of that, you will never give yourself the permission to really give it a go (more on this here). You won’t hit them in the groin as hard as you can, and you won’t stick your fingers in their eyes and you won’t punch them in the face (hopefully - unless you are either a complete spaz or a psychopath).

But there is more to this then giving yourself permission.

In a very real way, the confidence developed from training and belief in your ability to defend yourself, depends entirely on whether you believe what you learn will work or not. Simply put, success equals confidence, and failure equals the whole plethora of words that are the opposite of confidence – fear, distrust, failure, pessimism, etc.

And this is where trying what you learn at home will undo all of your good work.

When you try something at home with your friends or housemates or significant others and it doesn’t work, you disempower yourself. You may ask yourself why you spent time and money learning something that is useless. You may end up feeling less confident and more scared than you did before you started training. After all, if even self defence stuff doesn’t work, how the hell are you supposed to protect yourself or the people around you?

The other issue is that if you really do give yourself permission to do this stuff as you would in self-defence, you can, and probably will, hurt the person you are ‘demonstrating on’ quite badly. On the plus side, at least you’ll have faith that what you learned work. But on a less positive note, you’ll have a great deal of opportunities to practice it because you will likely end up in prison for assault.

So the next time someone asks you what you learned in that woman’s self defence workshop or that Krav Maga class, etc., kindly tell them that you would rather not show them, or find some other way to deflect the subject (could be a good chance to work your de-escalation and persuasion skills!). Better still, invite them to come train with you and try it themselves!

Keep what you learn to class and to when you really need it. Train it in a way that is realistic, and give yourself permission to do what is necessary to defend yourself, remembering that giving yourself that permission is perhaps the most important element of successfully defending yourself. With that in mind, don’t put yourself in situations where you deliberately won’t give yourself that permission as you can easily undo all of the good, hard work that you’ve done!