Is Your Krav Maga Soft? 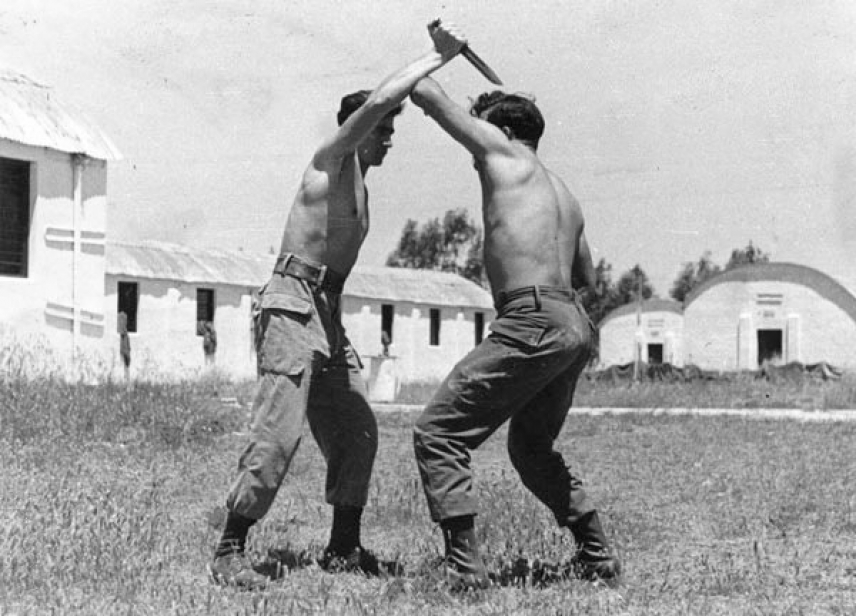 A while ago I wrote about the false notion (at least in my eyes) that traditional martial arts and modern combative applications, most predominantly Krav Maga, do not mix well or, as some even claim, are diametrically opposed in the martial arts sphere. But are they?

At Combat Arts Institute of Australia (CAIA) we are very lucky to have a wide range of traditional, competitive, combative and modern martial arts systems under the same roof, all taught by experts in their respective fields.
The benefit of this is that our all of our students, Krav Maga students included, are exposed to a balanced martial arts approach that enables them to experience and develop skill in the full gamut of martial arts, while maintaining self-defence and realistic applications as the underlying foundation of all of their training.

We are also very fortunate to have a strong bond and friendship with Kyokushin Karate WA (KKWA), and are fortunate to have them run their fighter training classes out of our dojo and we share a beautiful relationship of cross pollination of styles, where we all learn from each other and are exposed to new ways of doing things.

So why this long introduction?

In my previous article on this topic, I discussed why I believe that training in traditional martial arts can make a self-defence or Krav Maga practitioner much better than the Krav Maga ‘purist’ in the long run. I would like to further explore this concept.

Sensei Dave Hughes from KKWA (who is a world-class martial artist and teacher, very humble and a great dude) and myself share very similar values and a practically identical outlook on what is an important concept of martial arts training; the importance of training both the ‘hard’ and the ‘soft’ aspects of an art. The Yin and Yang. Kata and Bunkai. Technique and application. The pen and the sword.
Different styles and different systems have different names for these concepts but they are prevalent in all martial arts. They are, unfortunately, disliked by many.

Many martial artists, and Krav Maga practitioners especially, do not understand the importance of rehearsing forms or practising kata. It isn’t ‘real fighting’, they say. It’s too choreographed, too slow, and too irrelevant to sparring or self-defence, they often claim.

The soft, form-based elements of martial arts (I am almost inclined to use the word ‘pure’) are of paramount importance. How so, you ask?

Forms are meant to teach the practitioners principles. The idea is not to repeat the movement for the sake of repeating the movements, but rather to gain an understanding of how to break them down to their smallest components, and think on how those could be applied in a combative situation, be it sparring or self-defence. Following the movements without thought can indeed be boring or pointless; critically-analysing the movements can lead to massive improvements in your overall skill level – improvement that might otherwise take considerably longer. One of the greatest benefits of learning forms, when done correctly, is that it forces you to think about every minute detail, critically analyse its importance and implications and seek answers for why things are done in a certain way.

It also teaches you patience in discovering these things, which is an extremely important concept no matter what you set your mind to, in training or otherwise.

The counter argument is often that if you want to get good at sparring, you should do more of it. That’s true, but the two are not mutually exclusive.
That is also a short-term view. I know many instructors who are phenomenal Krav Maga practitioners right now… But will they be able to fight the way they fight now in 10 years? Maybe. In 20 years? Unlikely. In 30 years? Definitely not!
I often discuss the importance of developing both attributes and skills. By attributes, I am referring to fitness, speed, strength, stamina, etc., and by skills I am referring to technique. The hypothesis, which has been proven true more often than not, is that all else being equal, attributes trump skill. In other words, a strong, fast, enduring, fearless but otherwise unskilled fighter will defeat a technical but weak, slow and scared fighter.
This becomes more relevant the older one gets, especially if one’s ultimate goal is self-defence. Things like age, illness, injury, pregnancy, etc., can have a massive impact on one’s attributes, in which case skill might have to make up for the deficit in your overall self-defence or fighting ability.

Learning, analysing and understanding forms, kata and soft techniques gives one that deep technical knowledge, which in turn makes the application of technique in self defence and in sparring more precise, laser-focused and effective.

So… is your Krav Maga soft? Well, maybe it should be!