How Your Messy Desktop Can Literally Get You Killed! 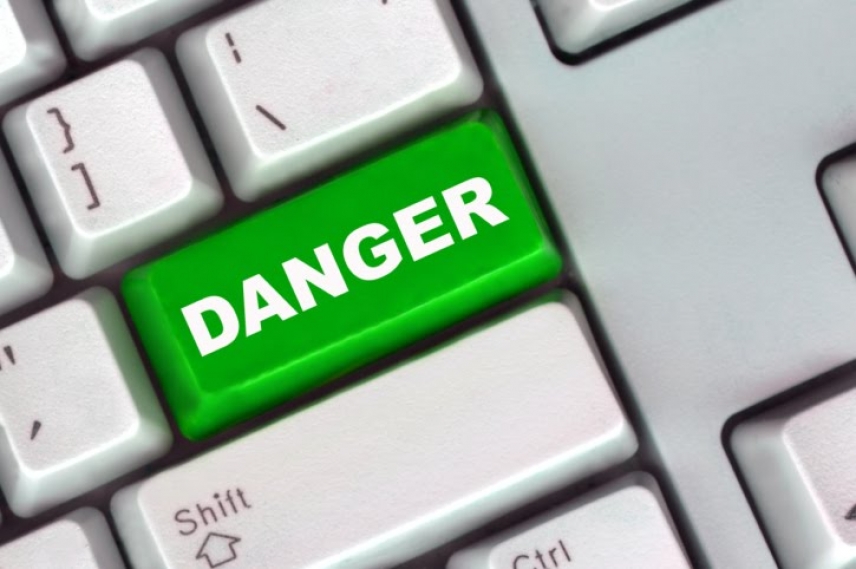 How clean your desktop is could indicate how likely you are to survive a violent attack! Not sure why? Read on!

Imagine your brain as a computer. An attacker grabs your shirt and throws a punch. Your brain needs to access the right file and click on it as soon as possible in order to initiate the correct response. Which desktop would you rather have? 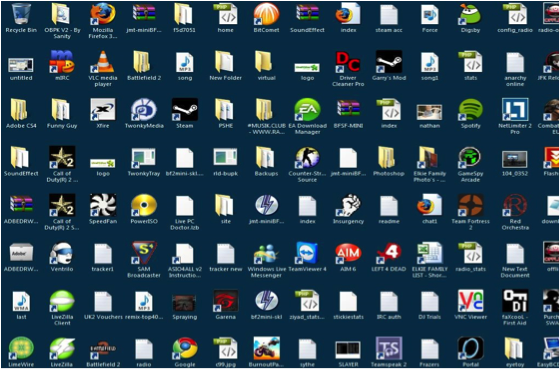 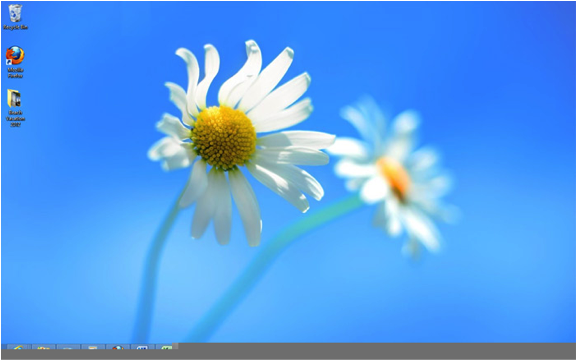 Now imagine that in each of these pictures, each icon you click on will open up to reveal another 10 folders. How complicated and time consuming would it be to find the right file?

Bruce Lee famously said:
“I do not fear the man who has practiced 10,000 kicks once, but the man who has practiced one kick 10,000 times”. This refers to the depth and breadth of one’s knowledge. My understanding of this saying is that it’s better to have a small number of techniques that have been rehearsed and mastered than to have a large number of techniques that are not well understood.

Hick’s Law, named after American psychologist William Hicks, states that the time that it takes a person to make a decision increases logarithmically as the number of options increases. In layman’s terms this means that the more tools you have in your toolbox, the longer it takes you to decide which one to use, which is fine when you are renovating the veranda on a sunny Sunday afternoon; it’s not so great when someone is trying to punch your face in and you are trying to respond appropriately.
The popularity of MMA makes this even more complex. While specialized sports such as boxing or Brazilian Jiu Jitsu limit the rules to very specific tools, MMA blows this out of the water by expanding the toolbox; competitors need to learn how to fight in a variety of disciplines. This means that being a specialist won’t work. In other words, if you can only box you might lose to a grappler; if you can only grapple, you might lose to a striker, and so on. While most people have their favorite tool, for example boxing, they still need to have some understanding and capability in all other disciplines in order to be able to survive in the MMA arena.

Let’s complicate the matter further. Let’s add multiple attackers, blunt weapons, edged weapons, projectile weapons, and a variety of targets that are illegal in competition. How many techniques do you need to know in order to be able to adequately defend yourself against multiple opponents who can shoot, stab, hit any target on the body, tackle, grapple, clinch, throw, choke, lock and break?

Ten? A hundred? A thousand? Believe or not, some teachers do say you need to know hundreds of techniques to stay safe!

So here comes English philosopher William of Ockham to the aid of Mr hick. Occam’s Razor is a problem-solving tool used in scientific testing, which states that among competing hypothesis the one with the fewest assumptions should be used. This is a fancy way of saying that the simplest solution is usually the best. If we go back to our desktop analogy, you can think of this as the number of folders you have to go through before finding the file you are after. In other words, the more complicated the technique and the more moves you have to perform, the more folders within folders you have go through to find the file.

Based on this, if we listen to Mr Hick and William of Ockham, then the answer to the above question should be the smallest possible number of the most simple solutions that will allows us to successfully defend against the largest number of attacks. Our brain simply will not have the time to go through that big, messy desktop from first image under real adrenal stress.

It may be the case that you need to learn new techniques to facilitate moving from an unfamiliar position to a familiar one, but one should clearly make the distinction that their purpose is exactly that – to transition back to a position of familiarity and dominance.

Let’s look at an example: You are a good striker. You are sitting down in a pub and someone is being aggressive and is already very close to you.  Does this mean that you should have done a thousand repetitions of tactical chair escapes? No. Does it mean you need to spend a thousand hours practicing how to strike from a sitting position? No. But you should do just enough so that you know how to get back to your feet and deliver your strikes.

I believe in the 80/20 rule – 80% of the effects come from 20% of the causes. In business this usually translates as 80% of sales come from 20% of clients. In self-defence I believe it means to spend 80% of your time training in how to deal with the 20% of scenarios that are most likely to happen, and the other 20% of your time learning how to deal with the ‘what if’s’ - the 80% that is unlikely to happen.

Sometimes the more you learn, the less you know.

What does this mean for us? We need to spend the most time training the smallest number of simple solutions that will allow us to deal with the greatest number of possible attacks.
In other words, clean up that desktop!