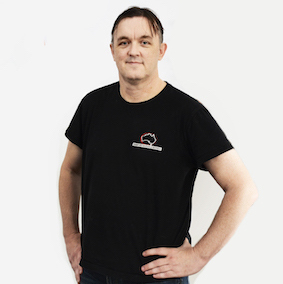 Scott has been involved in martial arts since 1993, when he began training in Aikido. He also spent 3 years training in Silat and Kung Fu, throughout which Scott continued to search for a school that had no egos and great people to train with. Scott joined CAIA in 2014 and has been training in Krav Maga, quickly demonstrating his high skill level and giving nature to everyone in the community.

He believes that training is a great way to start and finish your week, as well as a way to refocus and recharge from your day-to-day worries. Scott’s traditional martial arts background combined with his experience in Krav Maga gives him a deep technical understanding of technique and self defence, and he is known at CAIA for his friendly and helpful attitude among new members and experienced practitioners.